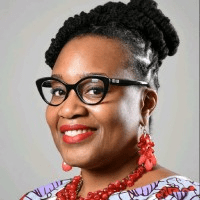 For the first time in its nearly 20-year history, a paralegal has won an award previously destined for lawyers.

“That is what is so special,” said Rochelle Ivri, an instructor in Mohawk College’s paralegal program. “For the Law Society to receive your nomination for an entirely different award and feel compelled to do all of that work behind the scenes so that you can be that the first person who’s a paralegal to be recognized in that way is just so meaningful.”

Ivri was originally nominated for an award specifically designated for paralegals.

Then she got a call from the Law Society of Ontario to say they thought she was deserving of the Lincoln Alexander Award, named after the former Ontario lieutenant-governor and first Black Canadian member of Parliament.

The award is given annually to an Ontario lawyer — or, as of this year, paralegal — “who has demonstrated long-standing interest and commitment to the public and to the pursuit of community service,” the award description reads.

A motion was put forward to amend the criteria to include paralegals and Marni Beal, Alexander’s widow, sealed it with her approval.

“She gave her blessing wholeheartedly and then convocation agreed that it should be amended, which makes me the first paralegal to ever receive the award,” Ivri said.

Ivri, who has a degree in criminology and a paralegal diploma from triOS college in Hamilton, began teaching at Mohawk College in 2015. She is also a licensed immigration consultant.