About us our mandate our diversity

The Ontario Paralegal Association (OPA) is the only professional association of paralegal licensees in Ontario. The OPA is the only one of its kind in Ontario and in the rest of the country, representing members of the paralegal profession who are committed to providing legal representation whilst facilitating and promoting access to justice for the residents of Ontario.

We work hard to support our members so that they can provide their communities with the best possible legal service. The OPA is committed to assisting its members, whether sole practitioners or employees of large firms, to maintain their Continuing Professional Development (CPD), to broaden their legal knowledge, and to maintain an understanding of current legal issues. Our vision is to develop a strong association that encourages interactions between students, entry-level and experienced paralegals to facilitate the exchange of valuable information, advice, and guidance to build successful careers.

We make known the concerns of our members by voicing their concerns to government officials and the Law Society of Ontario (LSO), so they can be the best possible advocates for Ontarians. We facilitate interaction among our members to encourage the full exchange of information, advice, and guidance.

Our goal is to serve and advance the public interest through every interaction with our members. That goal is best accomplished by supporting our members to achieve excellence in the delivery of legal services. 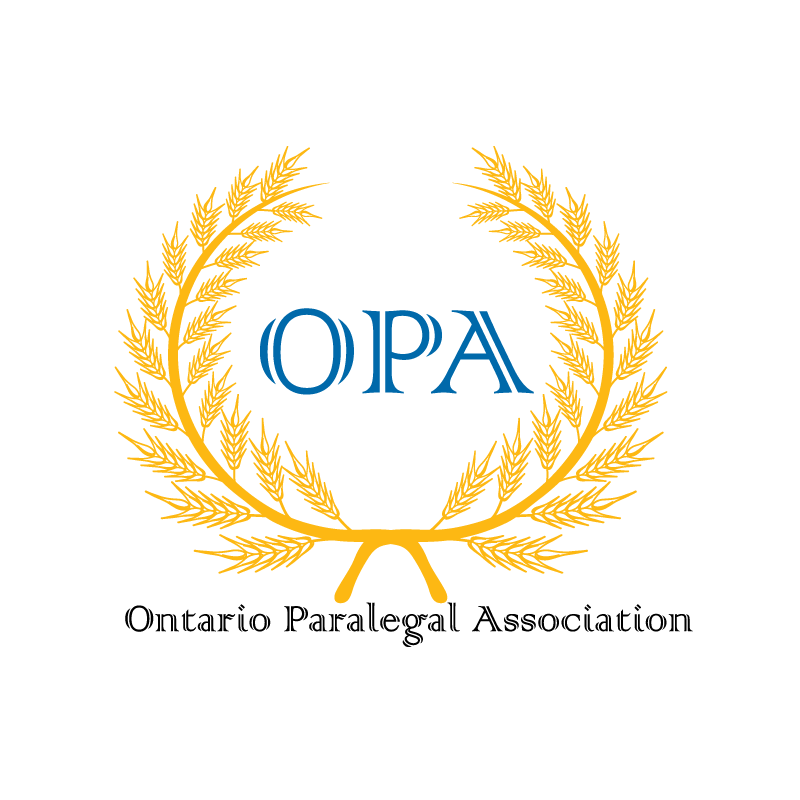 The OPA mandate is to provide members with career guidance and continuing education opportunities, to list the concerns of members, and to represent their interests throughout the Province of Ontario. To accomplish our mandate, we put forward the views, concerns, and interests of our members, and liaise with other professional associations, including the Law Society of Ontario, as well as relevant governmental bodies.

The OPA recognizes the need to recruit and retain the best and the brightest people who bring the widest range of ideas, experiences, and approaches to bear on the issues facing its members, prospective members, and paralegals at large.

We, therefore, adopt the particulars of the Ontario Human Rights Code and the Statement of Principal and declare that we have been and remain committed to ensuring that diversity manifests itself in our association.

The OPA’s membership and governing body are reflective of the rich diversity of the Province of Ontario combined with the remarkable professional talents that make the OPA an exceptionally diverse organization.

OUR BOARD OF DIRECTORS

OUR COMMITTEE CHAIRS
The association is currently comprising seven committees that are essential to the operation of the OPA. They provide invaluable support to paralegal students and the paralegal community as a whole. These committees are entirely run by volunteer members within the OPA, include the Education Committee, Events Committee, LSO/Government Relations Committee, Membership Committee, Promotion and Public Awareness Committee, the Communication Committee and Newsletter Committee.
Please reach out and contact the Chair of any committee you wish to become affiliated with by contacting the Chairs below.

Created in 1995, we are the largest association of licensed paralegals in Ontario.  We are a community of professionals that listens to the concerns, advocates for, and addresses the needs and concerns of paralegals with our primary focus being to promote, elevate and draw attention to the services provided by the paralegal profession in Ontario.

LEARNING FROM THE PAST

Some 800 years ago, in 1215, a group of English Barons, seeking a clearer and fairer administration of Justice, met with King John at Runnymede and convinced him to sign the Magna Carta (the Great Charter). This was the beginning of the common law legal system in England, which subsequently spread throughout the extended British Commonwealth. A translated excerpt is quoted herewith:

“No freeman is to be taken or imprisoned or disseized of his free tenement or of his liberties or free customs, or outlawed or exiled or in any way ruined, nor will we go against such a man or send against him save by lawful judgment of his peers or by the law of the land. To no-one will we sell or deny or delay right or justice.”

Ultimately, the Great Charter empowered members of the public and gave them the option to dispute the Crown’s seemingly unfair actions by seeking help from advocates and representatives that the King’s Bench recognized. 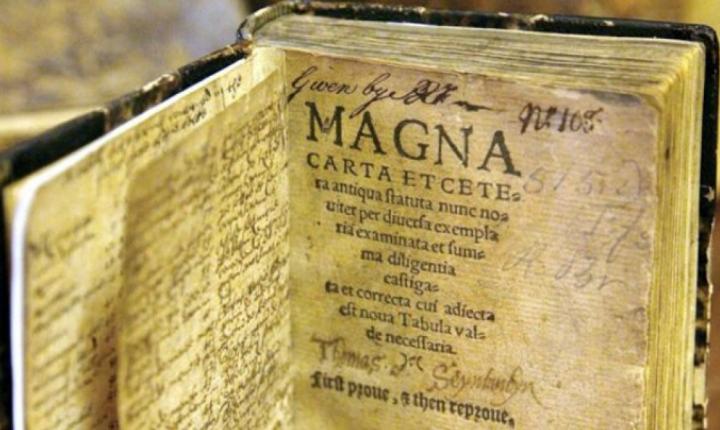 LEARNING FROM THE PAST

Fast forward to the 1980s, a handful of visionaries in the Province of Ontario, much like the English Barons in the 13th Century, deemed it necessary to revisit the law and make some significant changes.

In May 1984, Brian J. Lawrie, a 15-year veteran of the Metropolitan Toronto Police Department and the Essex Constabulary in the United Kingdom together with a few fellow former police officers established Pointts Ltd. (Provincial Offences Information and Traffic Ticket Service) and began to represent people in the Provincial courts on traffic offences.

In 1986, another handful of agents including Jack Barrow, Andrew McKay, Rick Sloan, and John Burd formed an association of court agents to further these common interests.

These Agents were not deemed legitimate legal practitioners by the Law Society of Upper Canada (now known as Law Society of Ontario) and pursued legal action against Mr. Lawrie and his company.

In 1987, a landmark Ontario appellate court decision in the matter of R v Lawrie & Pointts Ltd., affirmed the rights of Agents (non-lawyers) to appear in the Provincial courts. Over the next decade, the various activities undertaken by the Agents at Court, as paralegals were then commonly known, were problematic for the Law Society. In addition to acting on Provincial Offences and Highway Traffic matters, Agents at Court also practiced in the Small Claims Courts, in the Family Courts, and in various Tribunals.

In 1988, the Attorney General appointed Professor Ron Ianni to head an Ontario Task Force on Paralegals. His report, released in September 1990, recommended self-regulation and a broad range of services that paralegals could provide. The report was shelved, and no action was taken by the government at the time.

In 1999, a new Provincial Task Force (Review of the Regulation of Paralegal Practice in Ontario) was formed. The new task force was headed up by the Honourable Justice Peter Cory. His report was dated May 31, 2000. Many of his recommendations, although somewhat modified from the Ianni report, was deemed unacceptable by the Law Society.

The Paralegal Task Force released their recommendations in May 2004 and set out a plan of governance modeled after those for lawyers but limiting the scope of paralegal practice. Consultations with stakeholders got underway. Some paralegals and lawyers opposed the regulation under the Law Society, and many paralegals sought self-regulation. The government of the day deemed the paralegal industry was too immature, disorganized, and not ready to undertake self-regulation.

In January 2004, the then-Attorney General, Michael Bryant, advised the Law Society that he regarded the regulation of paralegals as necessary and the Law Society to be the regulatory body. The Honourable Justice Martin A. Zuker, a strong advocate of paralegal services, released his Study of Paralegals in Ontario. He commented on the scope and rules of the paralegal practice. The Law Society remained opposed to some of the areas of practice recommended by him.

Early in 2004, The Professional Paralegal Association of Ontario (PPAO) retained Frederick H.Zemans (now retired) to prepare a research report examining various proposals to regulate paralegals. He issued his report in August 2004. The PPAO retained a lawyer Paul Schabas to be its spokesman at the Law Society plus a Government Relations firm (C&G Associates) to pursue its interests with the Ontario government.

The government reviewed submissions and enacted the Access to Justice Act, which received royal assent on October 19, 2006. The Act set out the Law Society regulation of paralegals. Subsequently, the Law Society set out the paralegal rules and regulations modeled after the rules and regulations used for lawyers. Starting in April 2008, licenses were issued to paralegals with “grandfather status.” The Province of Ontario became the first jurisdiction in North America to provide licenses to independent paralegals.

1. LICENSED PARALEGALS ASSOCIATION (ONTARIO) evolved as follows; starting with Agents at Court – in the Fall of 1986 a handful of Toronto area traffic court agents including Jack Barrow, Andrew McKay, Rick Sloan, John Burd, and a few others met to pursue common interests, calling themselves “the Association of Agents at Court” with Jack Barrow as lead hand.

Early in 1991, the group established a constitution and formally organized as the Association of Agents at Court (AAC), and in the Fall of that year, a new Board of Directors was elected with Randy Nelson as President.

The AAC in July 1995 was replaced by a successor organization called the Institute of Agents at Court (Ontario) (IAC) with Thomas Giles as the first president.

On May 1, 2008, a successor not-for-profit corporation LICENSED PARALEGALS ASSOCIATION (ONTARIO) (LPA) was formed with John Potter as the interim President, to replace the IAC, and the transfer of IAC members to LPA was completed over the following few months. The IAC discontinued operating on December 31, 2008

2. PARALEGAL SOCIETY OF ONTARIO started as the Legal Agents Society of Ontario (LASO) incorporated in 1990 by Natalie MacPhee, Ottawa. McPhee left Ottawa in 1991 and Eileen Barnes, Mississauga, was invited by an Ottawa member to keep LASO and its sister association Paralegal Society of Canada alive.

She was joined by Clancy Delbarre and Rivka Labelle and the office was moved to Toronto, with Eileen Barnes elected president. LASO was reorganized in 1991 by Delbarre, Label, and Barnes. In 1996, LASO was replaced by a successor association, the PARALEGAL SOCIETY OF ONTARIO (PSO) which enacted new by-laws in 1997.

3. ONTARIO PARALEGAL ASSOCIATION stems from the two major paralegal groups, LPA and PSO that concluded that amalgamating would provide a stronger and more effective voice to represent the interests of paralegals in Ontario. The plan received the encouragement of the Law Society, the Provincial regulatory body. On October 15, 2013, the Licensed Paralegals Association and the Paralegal Society of Ontario signed a “memorandum of understanding” to immediately commence the process of amalgamation. Respective members of both paralegal associations voted in favour in 2014and The Letters of Patent of the Amalgamation of the PSO, the LPA, forming the Ontario Paralegal Association (OPA), which has been incorporated in 2013 and approved by the Ministry retroactive to July 1, 2014, completing the regulatory/legal phase of the merger process.

On September 3, 2014, interim President John Tzanis was appointed. On November 22, 2014, the First Annual General Meeting of the OPA was held to amend the by-laws and elect a new Board of Directors. Members in good standing of the PSO and LPA became members of the OPA, and Stephen Parker was elected as the first President of the OPA.

Parker served the OPA for over 4 years until the elections held on November 24, 2018, wherein the current Board of Directors was duly sworn in, with veteran paralegal George Brown as its new President. 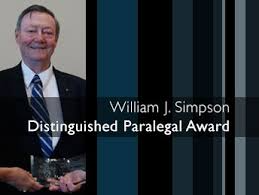 DO YOU KNOW A PARALEGAL THAT HAS MADE A SIGNIFICANT
CONTRIBUTION TO THEIR COMMUNITY?

Learn more about the Law Society of Ontario Awards: Nominations and Selection Process and submit a nomination.
NOMINATE TODAY!
GET INVOLVED!