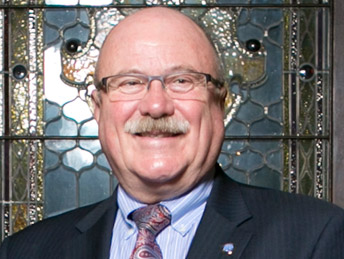 Dray was the first-ever paralegal bencher of the Law Society, appointed by the Attorney General in 2003.

He was instrumental in creating the framework for paralegal governance and professional development in Ontario (2003-14).

Dray began his career as a police officer, serving with Peel Regional Police for 13 years (1968-81). He went on to the City of Brampton (1981-2005), where he held many positions, including Manager of Prosecutions – Legal Services and member of the project team for the Provincial Offences Court for the City of Brampton.

In 1992, Dray founded and was 10-year president of the Prosecutors’ Association of Ontario (PAO), which provides training in technical and ethical standards to both lawyer and non-lawyer prosecutors.

He also served as president of the Professional Paralegal Association of Ontario (PPAO) for 3½ years, brought in to work with the Law Society and the Ontario government toward paralegal regulation. The PPAO was instrumental in developing the criteria for the 2004 report to Convocation by the Task Force on Paralegal Regulation.

Since 2005, he has been the sole practitioner of Paul Dray Legal Services Professional Corporation, where he specializes in Provincial Offences Act prosecutions and educational training.

This award was created in 2011 and renamed in 2014 to honour William J. Simpson and his outstanding contribution to the implementation of paralegal regulation by the Law Society.

The award recognizes a paralegal who has demonstrated one or more of the following attributes: outstanding professional achievement, contribution to the development of the profession, devotion to professional duties, adherence to best practices and mentoring of others in best practices, a history of community service and personal character that brings credit to the paralegal profession. 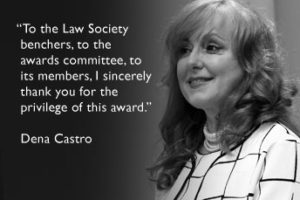 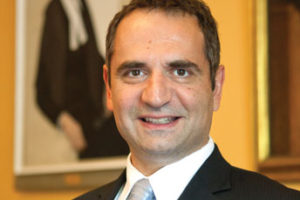